Example 1
It was already noon when Lela woke up. The temperature was 38°C and she was sweating all over. As it was already late, she was given only 10 minutes to pack her things. She wondered how she would pack a 1.5 kg tin of milk powder, 850 cm3 of lake water, 980 g of a rare rock, a 1.2 m long stem of a special plant and finally not to forget 6.5 m2 of tent material into her bag. 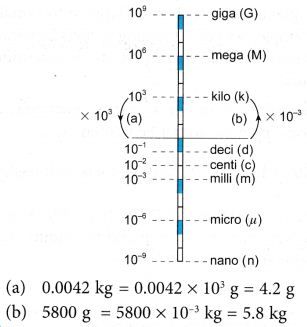 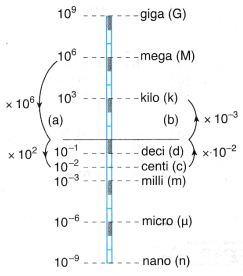 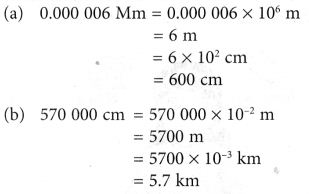 When converting the units of a derived quantity, each of its base units involved must be converted. The following Example illustrates the conversion of derived units.
Example 5
Convert each of the following from one particular unit to another and represent the quantity in standard form.
(a) Convert the area of a button from 1.2 cm2 into m2.
(b) Convert the volume of a water tank from 2.5 m3 into cm3.
(c) Convert the density of mercury from 13.6 g cm-3 into kg m-3.
Solution: 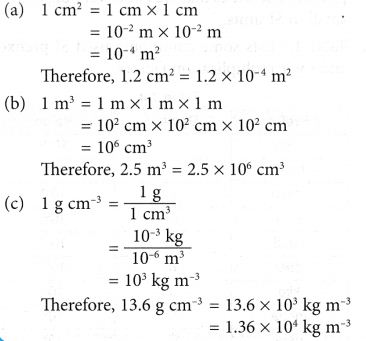